Does your upcoming project is a documentary film? It must be both exciting and challenging. Perhaps the most daunting task is coming up with a good topic. In this article, I will help you come up with great documentary ideas.

You have the opportunity to cultivate people’s thoughts with your upcoming series. It will be challenging, but it will also be fun and educative.

Here is an overview of 15 great topics that would make for a good documentary. I will also share tested and proven tips to get you started.

Climate change is one of the most prominent subjects of global discussion today. It is reshaping policies in Europe, and itis one of the key talking points for politicians in the United States. The measures under consideration regarding mitigating climate change will radically change how we live and work. These are some of the crucial factors that make climate change an excellent documentary topic.

Photo by Stefan Stefancik from Pexels

Climate change would make for a simple, relevant, and insightful documentary. There are a ton of materials to work with, whereby most of the research is already done. Focus on reconciling the differences between advocates for climate change and the naysayers using scientific information.

Climate change is directly linked to environmental destruction and pollution. For instance, the rise in temperatures around the world is blamed on air pollution, particularly the release of carbon in the air.

Environmental pollution is happening all around us – you will not need to travel to distant lands to get your material. You can cover all forms of environmental contamination or focus on a specific one that affects your community the most. Keep in mind that you will witness the reckless destruction of our environment. So, expect some depressing sights. However, the awareness created will be worth it.

There is growing concern that the human race is using more resources than what is available at our disposal. Some of these resources are at risk of being depleted. Experts have come up with several solutions, one of which involves recycling.

Recycling is an excellent idea. For starters, it will slow down the rate at which we exploit the earth’s natural resources. It also creates employment and subsidizes the cost of products made using recycled materials. Unfortunately, most people have not realized this. It is why a documentary on recycling would be educative for your audience.

Most of our energy is from non-renewable sources such as oil. These resources have been blamed for much of the environmental pollution and climate change. Renewable energy, however, is considered clean, and many concerned parties have come up with creative ways of tapping into renewable energy sources.

The young generation stands to lose the most from the ongoing environmental destruction and climate change. As one of the concerned parties, you should consider contributing to the continuing discussion about renewable energy.

There are concerns that the young and upcoming generation is not as happy as it should be, or as previous generations were. Young people today have too much to deal with. They have access to lots of information, and this is taking a toll on them. Young people do not communicate as much as they ought to and base most of their interactions on social media and the internet.

There is much research on the impact of technology on mental health. This topic would make for an excellent and relevant documentary. It would also be an eye-opener for you and your peers.

Like climate change, healthcare is also a hot topic globally. Developing countries are trying to come up with better health solutions for their citizens. Some of the developed countries already have excellent healthcare plans, but some are still working out some strategies.

Healthcare is one of the critical pillars of humanity’s advancement. Proper healthcare is crucial to improving living standards and mortality rates. You can ignore the pesky politics and come up with a documentary on scientific breakthroughs in medicine and healthcare. Alternatively, you can try to reconcile the two and get people to the common ground.

Poor healthcare is one of the reasons behind the ongoing Opioid crisis that affects the United States. People take opioids for a variety of reasons, including to calm mental conditions such as as anxiety, and to cope with physical pain. Many people have become addicted to these drugs, and most have lost their lives as a result.

There are many angles to cover when it comes to the opioid crisis. I suggest you look into how doctors and medical institutions have enabled the crisis through prescriptions. You may also investigate the companies behind the influx of opioids.

Americans are looking to more than just opioids to cope with things that may overwhelm them mentally. Specifically, a considerable population of Americans is turning to illegal drugs such as cocaine, heroin, and opium.

Drug abuse has been a pestilence in the U.S. It is posing a higher risk today as more young people are getting lured into the snare. It is the reason why the community and relevant authorities should talk about it. A documentary would contribute to the conversation, and perhaps inspire people in power positions to do more to contain the crisis.

Smoking is an unhealthy habit. Unfortunately, there are hundreds of millions of smokers across the world. Many do try to quit. “Vaping” has been credited as a great way to stop smoking.

Vaping is a close alternative to smoking. It utilizes technology to vaporize flavored juices that produce smoke eerily similar to tobacco smoke. It helps to quench the smoking urge. At first, vaping was marketed as a healthier alternative to smoking. However, there are growing concerns that vaping is equally unhealthy. These concerns keep growing in the wake of several deaths and chronic health complications associated with vaping. As a student, a documentary on smoking and vaping would perfect as most “vapers” are students.

Marijuana was once frowned upon as an illegal drug. Today, however, people all over the world are changing their attitude towards marijuana. Science has uncovered many health benefits of marijuana and even touted it as a potential treatment for some forms of cancer. It has also been credited to help manage chronic conditions such as anxiety and Pearson’s disease.

Marijuana is gaining mainstream acceptance across the world. Several countries have legalized it, and the United States mulls federal legalization. Since the legalization of marijuana is still new, it would make for an excellent documentary of the move’s expected benefits of consequences.

Immigration is another hot topic dominating global news. There is an influx of migrants in Europe, and the U.S. Most of these immigrants are from North Africa and the Middle East. The issue has been divisive in host countries as some people have been welcoming to immigrants, while others consider it an invasion.

The ongoing immigration will dramatically change the world. It has its benefits and demerits for all parties involved. There is a lot to be explored here, and it is essential to talk about it. Be objective in your research and provide a fresh insight into immigration in a short and insightful documentary.

There are several ongoing wars in the country. Most of the conflicts are in the Middle East, and some countries in North Africa are also at risk of destabilization and war.

There should be no wars in an ideal world. World leaders come into power with the promise of stopping ongoing conflicts, but nothing ever gets done. Nevertheless, people should not stop talking about war as the continuous pressure will yield positive results someday. It would be smart to make a short documentary about the adverse effects of war. I would suggest that you investigate how the ongoing wars and destabilization campaigns across the world contribute to the global immigration crisis.

Technology has been instrumental in most of the advances made today. It has made communication seamless. Thanks to the internet, people thousands of miles apart can communicate in real-time. Information is also much easier to come by today. However, technology has also come at a price. It seems that people may have to compromise on their privacy to enjoy the conveniences that technology has to offer.

The young generation relies on technology the most. Unfortunately, most young people do not realize the dangers they face. A short documentary on the subject would be an excellent eye-opener for your peers.

Attitudes have changed towards sexual liberty and gender identity. Those in the LGBTQ community continue to emerge with greater confidence. People have also been changing their gender identities to suit their lives. It is a hot topic, and one worth talking about in a bid to sensitize more people on varying sex preferences and gender identities.

Your documentary should focus on normalizing different opinions and making these minor groups feel more accepted and associated with the society.

You can also look closer to home and explore how education and technology are intertwined. Technology has transformed almost every facet of our lives. The education sector, like many other sectors, has become intimately intertwined with technology. You can intrigue your peers by giving them a sneak peek into how education will look in the future.

There are many angles to cover regarding how technology has been modeling education. The use of virtual and augmented realities in teaching is an excellent angle to cover. You have all the resources at your disposal from your school.

Can a short film be a documentary?

Yes, a short film can be a documentary. However, the film has to meet several requirements. First, it should be factual and based on reality. It has to have credible research back up. Besides, the film needs to be educative and informative. It would also help if the short film bases on a topic that is relevant to your audience.

How can I find documentary subjects? 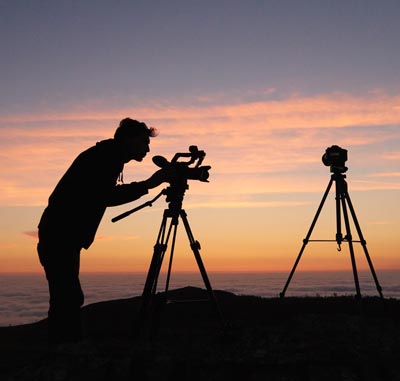